Contingency. Something that is dependent on the fulfillment of a condition. For example, I’m really excited about moving to North Carolina because I will finally get my very own horse. Kayton’s excitement for moving was contingent on having her very own horse. For all those women out there who were once little girls, I think most if not all of us have dreamed of having our own horse, we imagine ourselves riding with the wind in our hair. Kayton’s dream wasn’t much different from many others out there.

We “thought” we were a horse family. Dylan had been going to the stables since he was 5 and taking riding lessons, many if not most of our trips and vacations as a family involved horse back riding. Both Dylan and Kayton spent 2 weeks out of every summer for 4 or 5 years at a local horse camp back in Florida, Horse Power for Kids. We all knew about tack, grooming, mucking stalls, and how most horses seemed to have a mind of their own. What all of that equates to in terms of owning your own horse is NOTHING! 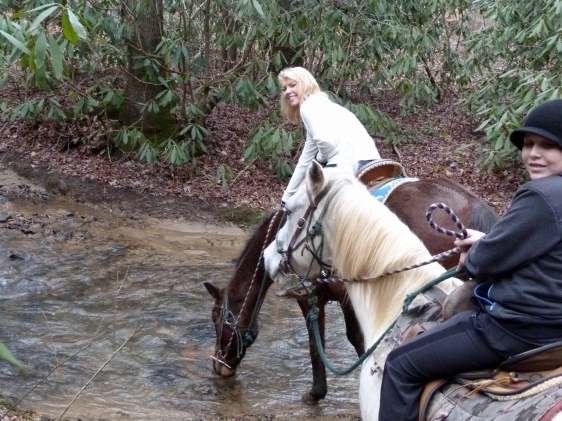 There were steps that had to happen before we just ran out and bought a horse or horses. We had a very old barn that was a shell. My husband drew up some plans to not only put stalls in this 100-year-old barn but, also expand it. We got some great help building these stalls and bringing our thoughts and design to life, all the while continuing to do research on the must haves, and several months of daily pictures of the horse that each of the kids wanted. Now just like anything else, there are many choices in the horse world about the type of horse, where you will choose to get the horse from, what you are willing to pay etc etc etc. Enough to really make you crazy in the process. Because we felt we had something to offer, stalls, land, “knowledge”, and love we felt like there had to be horses out there that would make all of us happy. Kayton wanted a black and white horse, Dylan wanted a fast horse, Jody wanted a big horse, I wanted a sweet obedient horse, the list of desires was ever increasing and our list of choices seemed to shrink with every desire we voiced. We contacted a horse rescue, and seemed to find two that would fit perfectly with our family, after jumping through a few hoops, it appeared those horses were already homed. After a few more weeks, we found a woman in Loudon, TN who was taking in horses that the owners just didn’t want or couldn’t raise them anymore. We found what we thought was the perfect horse for us. She was a gorgeous Bay and White Paint horse who was named Carousel. After speaking to the woman, and letting her know we were looking for 3 more horses she informed me that she felt she had at least two more she had just taken in that had been abandoned but were gentle and already broke (meaning they had been ridden before). There are many details to this story that for the sake of not boring you to tears I will omit. 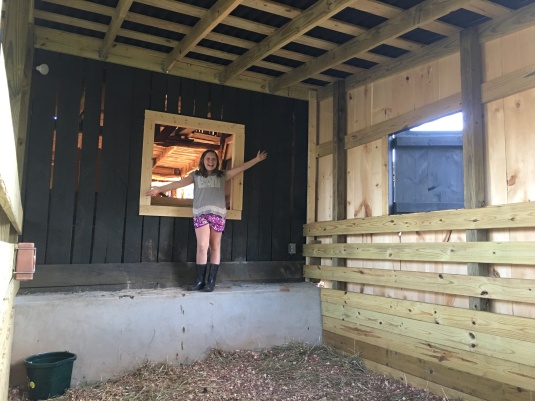 After the kids and I went to visit Loudon, TN, we found exactly every horse we had wanted. The 4th horse happened to be my horse, he was a gorgeous paint named Bull Hancock. Bull chose me, when walking the pasture in Loudon, he sought me out, and escorted me through the acres the children and I walked that day. I was sold; he was the horse for me. We made arrangements with her to come back and pick up all 4 horses, all paints, two black and whites, and two Bay and Whites. Jody made arrangements to borrow a horse trailer and we returned two weeks later.

Now for those who have never pulled a horse trailer, like well us, this was a task. One that involved fingernails in the dash, a lot of watch out, you’re going too fast around this turn, we have no service and the GPS is out, and I don’t think we are in North Carolina anymore Toto. Jody on the other hand was confident he had it handled. I was not! This 3-hour drive there with an empty trailer was stressful, what were we thinking! Now we have to load 4 horses into this borrowed trailer and drive all the way back. Upon arrival, we were told that two of the horses who were going to be rubbing all the way back to North Carolina, had never been introduced, ARE YOU KIDDING ME! We were also informed that the trailer we had borrowed which was a slant load trailer, was not ideal for 4 horses let alone 4 horses of this size. I wanted to cry, in fact reflecting on this is makes me anxious, I don’t know how I did it without crying. The kids on the other hand were over the moon excited; we were FINALLY getting their horses.

My Bull was the last to come out of the stalls, as I went to load him in the trailer Jody and I noticed he was limping, something you never want to see with a horse, let alone a horse you were about to take home. When we mentioned it, we were simply told he looked a little stiff. We were apprehensive but also knew we had a wonderful vet and we would have her come and check him out right away. The ride home was to date one of the worst drive homes EVER, think of everything that you would not want to happen while coming home with four, 1000 lb. living things in a trailer. First the sun had set and it was dark, then the realization that the trailer had no lights, then 4 horses nipping and kicking at each other causing us to fishtail on mountain roads, then being paced by a police officer at 20mph because of a road closure due to an accident. That three-hour trip took 6 and by the time we arrived back at the farm, it was almost midnight. We were all DONE! We put the horses in their new stalls, gave them lots of water, and were thankful that we made it home in one piece.

Like everything else on the farm, there was a learning curve with the horses. We had to earn their trust, they had to figure out the new routine here, get use to one another, get use to their new home, and figure out the pecking order. I quickly discovered that horses are kind of like really big dogs, and they all have their own personalities. As the first day or two passed, we really saw Bull favoring that leg, and felt he really needed to be evaluated by our vet. Well it wasn’t good news, basically he had to go on anti inflammatories and he was lame in the leg, I was told not to ride him, but we really didn’t know what was wrong with him. We continued treatment, our vet continued keeping close tabs and giving us advice about what to do next. As the weeks turned into a couple of months, Bull continued to get worse instead of better, despite the best care, and every effort he just kept behaving in a way that was not the horse I saw in the pasture that day. He was charging us in the pasture, while I was grooming him one evening along his spine he reacted and kicked me down in the stall. Pain killers, stall rest, anti inflammatory, shots, the list went on and on, an honest conversation happened where we were informed something bigger than what we saw was happening, our vet felt something was gravely wrong with Bull’s spine. Now this is not what you want to hear, Bull was my boy, he was part of our family, and was loved and adored in the few months he was here. We had to make a decision that was in the best interest of Bull so he wouldn’t suffer and for us along with the other horses. After the decision was made, our vet was correct it appeared once she was really able to examine Bull, he had a broken back, that bone must have been pinching a nerve and causing a slew of other problems. Bull is now buried here at the farm, he was the first animal we have ever lost as a family, and will never be forgotten.

There was NO MORE BULL, but within 24 hours, we went from crying sad tears to crying happy tears.