Have you ever read the book, Are You My Mother? It’s about a mother bird who leaves her little egg in the nest, and when she returns the baby had hatched and went out looking for his mother. He asked all kinds of different creatures, Are You My Mother?” What amazes me about that story is how it really isn’t too far from reality.

Here on the farm, we had two births within one day of each other; the first one was Brigitta, who delivered a bouncing little girl named Marta. One day later, Gretl was finally inspired and she gave birth to twins, a little boy Kurt and a little girl Liesl. The only goat birth I had ever experienced was Brigitta and she was an excellent little mommy, everything you would hope for, Marta was healthy, clean, and happy. But she was like this little bird from the book, she had no idea who her mother was at first, she would attempt to lick and nurse on our noses when we held her, she would follow Gretl and Louisa around, until she heard the call of her mother, than she would immediately perk up and run to the direction of the call. So when it came time for Gretl, I thought well it would be similar to our previous experience. Now why I would think this is completely beyond me, because when have you ever seen or heard of two people’s pregnancy, delivery, and parenting style even be similar. 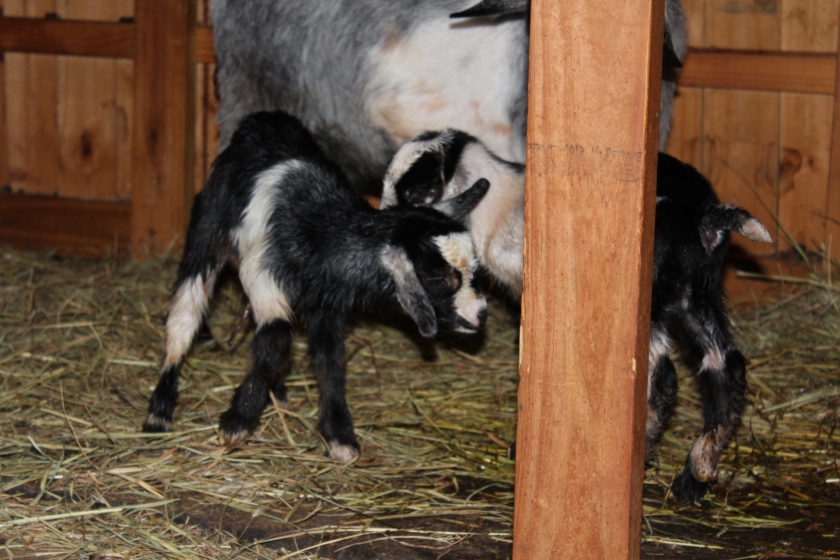 Well Gretl was no Briggita, when her kids were born, she was ornery, she didn’t act like she was bonding with them at all, she wouldn’t nurse them, and when little Marta came bouncing over to check things out, she butted her clear out of the goat house. The twins snuggled up to me, they began following me around and I started to get really nervous, they had the sweetest looks on their little goat faces, almost asking are you my mother? They walked over to Brigitta with the same look, and I immediately developed a sinking feeling that she might just reject them, because maybe she isn’t the “mothering type”. So there I stood watching goats, and playing referee, Gretl didn’t want the kids next to her, but she didn’t want anyone next to her, the goat house they had all shared for months , she now claimed as her residence and if anyone tried coming in, they quickly were reminded whose house that was. So what do I do I thought? I went with instinct, I thought, maybe she doesn’t know any better, maybe she is completely exhausted she did just have twins after all. So I decided to clean up the house put in new hay for her and the babies, and give her a little food, and reprimand her every time she was aggressive to the other goats, or to the babies. Now because I did all of that all at the same time I’m not sure which one worked, but it didn’t matter because she started changing. 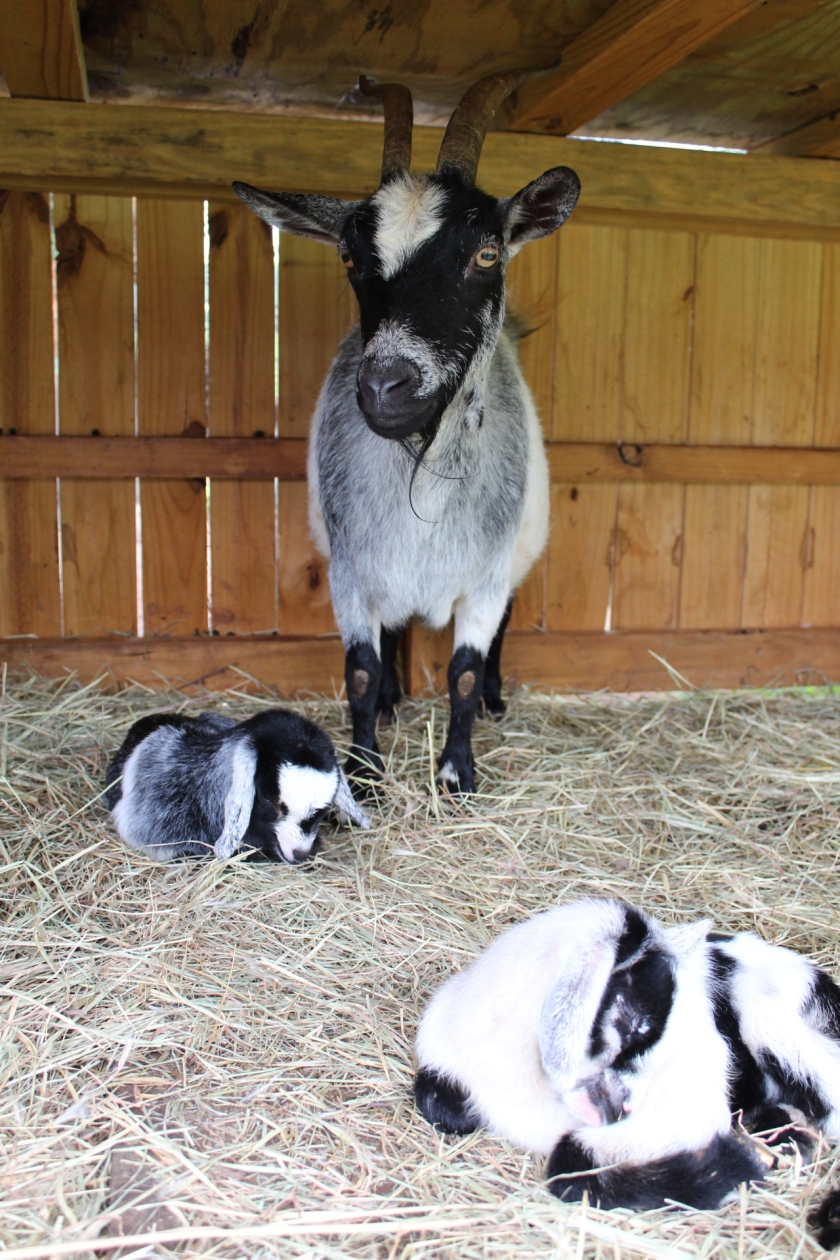 I started noticing Gretl acting more motherly, after she ate a little, knew she wasn’t going to get away with being mean and had a fresh clean place to relax, she started loving on them, nursing them, and they knew suddenly she was their mother. Now the house hogging well that took a little longer to correct, the solution, put on an addition. That very afternoon, Jody, my father, and my uncle got to work and added onto the goat house, and all seemed right in Gretl’s world.

Here we are now three weeks later, with three little kids, who are fast as lightning, brave, spunky, and quite full of themselves. They are bouncing around, jumping over one another, standing on their mothers, and getting quite steady on their feet. They play, they butt one another, and they scream if their mothers get to far from them. Louisa is serving as the “nanny” goat, she keeps everyone in line when her besties are sleeping, but really because she is still young I often think she is getting them more riled up and showing them how to get into trouble. 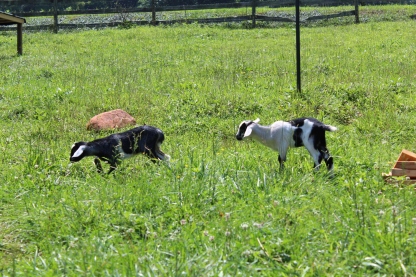 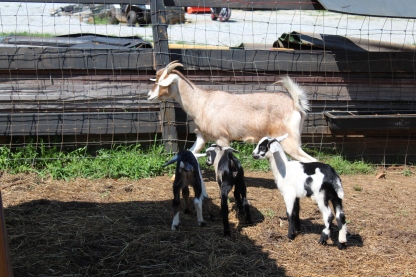 Here is what I have learned watching my goats. Goats are comedians, if you are having a bad day, just for a moment watch goats play. They jump sideways, they bounce, they flip about, and occasionally (when they have some fainting goat in their bloodline) they will just fall over. And if you look at them real close, it looks like they’re smiling. Sometimes when I’m having one of those days we all have, and am particularly annoyed by someone, I think to myself GOATS MAKE ME HAPPY…. You not so much!